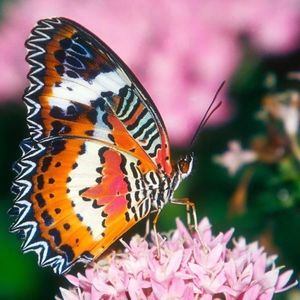 Sandra Jean Smith, age 73, at rest December 14, 2017 at Hinsdale Hospital. Longtime resident of Westmont,  Sandra was born in Muncie, Indiana on May 20, 1944 to Joseph and Judith Smith and was Westmont Park Board Commissioner for 36 years.  Sandra had a successful life that included her love for her community, her devotion to athletics, and her commitment to her friends and family. Sandra graduated Indiana University Bloomington,
IN and followed with her MBA from Kellogg Graduate School. Sandra committed her time to the community with a 37 year association with the Village of Westmont and surrounding communities Park District. Sandra was a Park Commissioner for Westmont Park District who was always
advocating the need for recreational activities for all, but especially for girls. Sandra loved traveling to just about any place in the world. But two of her favoritesplaces were Hong Kong and London. This spirited her enthusiasm for everything British. Sandra participated in a few car clubs in the
Chicago area. She seemed to never miss a car show from May to September. Her original foray into this “man’s arena” was to express her forever love of the Ford Mustang. After  having her British interest piqued, Sandra ventured into the world of Jaguar. Sandra had numerous dogs in her
household, the majority of them being german shepherds. However, her last beloved dog, Blu, was a golden retriever. This love of the breed catapulted Sandra into the group “As Good As Gold” where she assisted with the adoption process.
A Celebration of Life memorial will be held on Saturday,February 3rd from 1:00 to 3:00 pm at the Westmont Park District’s Ronald J.
Gunter Administrative Center located at 55 E. Richmond St. Westmont. IL. In lieu of flowers, donations are being requested to the Westmont Park District in honor of Sandra Smith. Donations may be sent to the Westmont Park District, 55 E. Richmond St., Westmont, IL 60559 C/O Robert Fleck, Executive Director. For those that knew the Joy of having Sandra in their life, she will forever be missed. Arrangements entrusted to West Suburban Funeral Home & Cremation Services. Info 630-852-8000 or www.westsuburbanfh.com