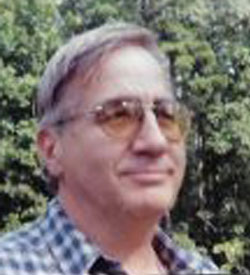 Peter Paul “Pete” Ryan, born December 6, 1942, departed this life on March 15, 2019 in Naperville, IL. at the age of 76. Peter was the son of Chester and Alice (nee Helma) Tobinski of Naperville, IL, the twin brother of Bonita “Bonnie” Ryan of Chicago, IL. and the the loving nephew of Pearl “Peggy” (nee Tobinski) Bartkowski of Lisle, IL, all preceding him in death. Surviving Peter are his beloved son MSG. Daniel (Sheena) Etherton of Senatobia, MS.; grandson Ryan (Alyssa) Etherton of Tomball, Tx.; granddaughter Courtney (Adam) Swonke of Montgomery, TX. and great-granddaughter Aubree Etherton of Tomball, TX. Peter is also survived by Carelin “CJ” Ryan and was the proud uncle of Beth and Charlie Janicek and also beloved longtime friends Marilyn and Sue.

Peter attended Sts Peter and Paul Catholic Elementary School in Naperville and continued on to St Procopius in Lisle for a year, and then transferred to Naperville Community High School, where he graduated in 1962. “Hutch” had been a cafeteria monitor at the school, and he spent many summers at the Naperville Centennial Beach.    He could often be found cruising, and drag racing, the area in his white ’64 GTO or in his Ram Charger. He was also proficient at canoeing and white water paddling on trips to the Ozarks and to Eagle River, WI.