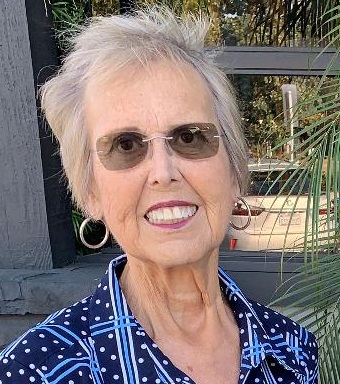 Lynn Palmer (Smekal), age 75, a resident of Naperville, IL, passed away peacefully on July 25, 2022. She was born to Lola Mae Wingfield and Laddie J. Smekal, in Chicago, IL, on November 26, 1946, and grew up in Berwyn, IL with her younger brother Jerry. She married William (Bill) Palmer in 1969, and they moved from Addison, IL, to Clarendon Hills, IL, in the 1970s. In the early 1970s, she gave birth to her daughter Heather, and later to her son Brett. Her family relocated to Tampa, Florida, in the early 1980s, and in 2007, relocated back to Shorewood, IL, so she and Bill could be closer to their daughter Heather and her husband Chris Kohls, and their two grandchildren Campbell & Kaiden Kohls.

After her husband Bill passed away in 2011, Lynn spent time attending yoga classes and getting involved with activities in her neighborhood Shorewood Glen community. Lynn loved spending warm sunny days on the patio with her white dog Sauté.   She enjoyed gardening, feeding the birds and watching for hummingbirds on her various feeders.  She also enjoyed traveling on cruises and spending time with her grandchildren.  It was very common to see Lynn in the kitchen inventing something delicious from leftovers in the refrigerator or seeing her trade stocks on her computer. Lynn will be missed by all who knew her.