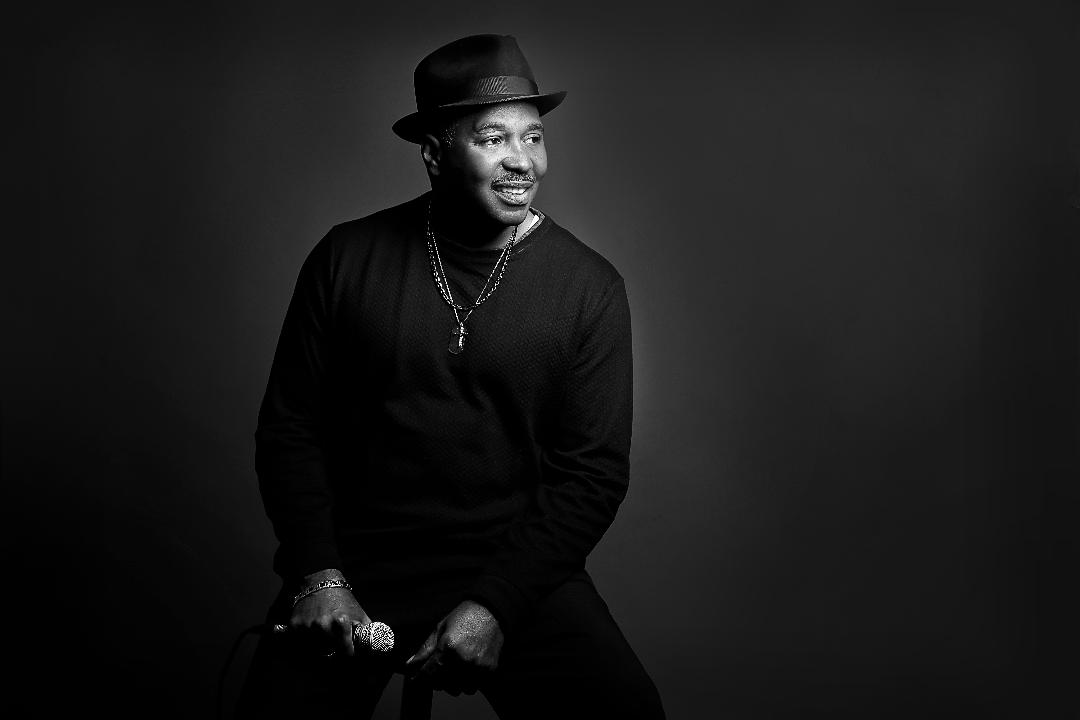 On Thursday, December 10th, Joseph “Joe” Morganfield passed away suddenly, unexpectedly leaving the Blues World in shock and his family and friends devastated. Joseph Morganfield was deeply and profoundly loved.
Joseph was born on April 14, 1964 in Chicago, Illinois. He spent his early years in Chicago with his mother, Lucille McClenton and his siblings Derrik, Dyayne, Renee, and Roslind. Joe’s family lived in some of the roughest areas of the city, often under some of the harshest conditions. Joe described this time of his life as the “chaotic years.” His difficult childhood would later be described in a book he was writing about his life.
When he was nine, he and his sisters, Renee and Roslind, went to live with their father, McKinley Morganfield aka Muddy Waters. Their new life with their famous father eventually took them out to Westmont, Illinois. It was there that Joseph truly began to blossom. For the first time in his young life he had stability, he had enough to eat, he had his own room, he had a large swimming pool, a host of neighborhood friends, he loved school, and he excelled in athletics.
His father wanted him to learn to play the guitar but all Joseph wanted to do was play ball. Basketball! Everywhere he went he carried that ball. And it was his excellence on the courts that made him a basketball “legend” at Westmont High School.  Newspapers started writing articles about Joe’s prowess on the courts. In typical Morganfield fashion, he would razz Muddy about who’s going to get the most ink in their lifetimes. And Muddy would tell everyone who would listen how proud he was of his athletically-gifted son. Joseph earned a full scholarship to the University of Northern Iowa. Joseph was eighteen years old when his “larger than life” father passed away. Once again the rug of stability was pulled out from under him. He’d had some of the happiest times in his life with his father and his family, living in the town of Westmont, surrounded by all of his friends. And now the anchor in his life was gone.  Joe’s response to the tough times in his life was, “I’ve been through some tough sh**t but it builds character.” He was always the optimist, always the guy who would get knocked down, brush himself off, get back up, and try again.
The next years of Joseph’s life were the character building years.  He struggled to find his niche. He married. He had children. He worked at various jobs. He made friends from all walks of life. He joined the church. He lived and loved and worked and struggled. Yet he was always charming, always resilient, always loved. And right before his 50th birthday he decided to follow in his father’s footsteps and make music. He had always wanted to be a musician and finally had the opportunity to give all of his attention to his music. He brought the same perseverance he’d demonstrated on the basketball court to the recording studio. He put in the work. He took a deep dive into the blues and became the Blues Ambassador for his father’s estate. He worked with Deitra Farr to hone his vocals, and Joseph Morganfield became Joseph “Mojo” Morganfield and leader of his band, the Mannish Boyz.
He worked with songwriter Terry Abrahamson and collaborated with a variety of musicians. He worked with Grammy-award-winning producer, Michael Freeman to produce his first single It’s Good to Be King. His first single made it to  Number One on the blues charts the same week he passed. Michael and Joseph were working on Joe’s first album at the time of his death.
Joe recently remarried and he and his wife Deborah were building their new life together. They enjoyed “triple decker” peanut butter and jelly sandwiches, extreme boat rides, reading together, and being a part of the Chicago music scene. People would comment that Joseph was the happiest they’d ever seen him.
Joseph was not only a Blues Ambassador, he was also an ambassador for the city of Westmont, Illinois. He’d never lived far from the town where he grew up. He always had a special place in his heart for Westmont and the city of Westmont loved him right back. He and Deborah were married at City Hall in Westmont. The Mayor of Westmont officiated the ceremony. That Joseph had a big heart and was loved by so many is evident in the outpouring of love and grief at his untimely death. His sister Mercy commented, “He died while he was living his best life.” And that, by any standard, is indeed a life well lived.
He is preceded in death by his father, McKinley Morganfield, his mother Lucille McClenton, his sister Renee Morganfield, and his brother Derrick Dease. Joseph is survived by his wife, Deborah Morganfield, his children Joshua, Matthews, Gabrielle, Jordan, Jade, Julissa, Bella, Analiese, and Amelia; his brothers Larry and William; his sisters Mercy and Roslind; his stepmother Marva Morganfield; his grandson Joshuan; nieces; nephews; a great-niece; and many friends and fans. Visitation Wednesday December 16, 2020 from 4-8 P.M. at Cappetta’s West Suburban Funeral Home & Cremation Services 39 N. Cass Ave., Westmont.
Funeral Services and Interment will be held privately on Thursday December 17, however, the services will be live streamed at 10 A.M. on Joseph’s website at www.Josephmojomorganfield.com. Info 630-852-8000 or www.westsuburbanfh.com