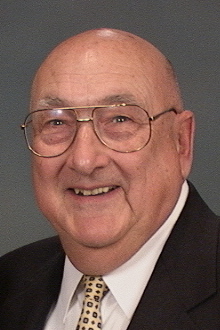 Harold A. “Hal” Dirienzo,  passed away peacefully on Thursday, December 20, 2018 after his family was able to pray the Chaplet of Divine Mercy at his bedside earlier in the day.  He leaves his wife of 60 years, Patricia (Shabet) Dirienzo; his sons, Thomas (Donna), James, Matthew (Merry), Paul (Carisa); his daughter, Janet Fatheree (Todd); 15 grandchildren; and 3 great grandchildren; his brother William (Gloria), and many close friends. Born and raised in Clifton, NJ, the son of Michael and Lucy (Bonanno) Dirienzo, he was a resident of Woodridge and Somonauk, IL and spent the last 7 years at Monarch Landing Senior Living Community in Naperville, IL. In his early years, Hal was involved in sports and looked up to his older brother William who served with distinction in the Italian Campaign in WWII.  Between his Junior and Senior year at Clifton High School in 1949 he joined the Army National Guard.  After graduation he attended Fairleigh Dickinson University and started work as a chemist for Heyden Chemicals in Garfield, NJ. He met his wife, Patricia Shabet, while recuperating from an appendectomy at St. Mary’s Hospital in Passaic, NJ while she was his attending nurse (he always liked to say, “they met in bed!”) and they were married in 1958 at St. Paul the Apostle Catholic Church in Jersey City, NJ.  In 1959, he completed officer candidate school and was commissioned as a 2nd lieutenant in the Army National Guard.  He was honorably discharged in 1964 as a 1st lieutenant in the inactive reserve.  In the early 60’s Hal transitioned from the lab to technical sales, and management positions in the plastics industry where he enjoyed a successful career retiring with EVALCA in 1997.  He was an active member in the Society of Plastic Engineers (SPE). He not only took pride in his work, but truly relished the friends he made during his time in business. Over the years, his sales, product, and account management expertise and reputation led him to work as a consultant after retirement. Hal had a passion for his wife, family, and several other interests including baseball (Brooklyn Dodgers, NY Mets, and finally the Chicago Cubs), high school football (watching his sons play at Benet & DG South), photography, 8mm home movies, video (one of first to own a portable 2-piece VHS camera/recorder in the early 80’s). A man of strong Catholic faith, he was a longtime member of St. Joan of Arc in Lisle, IL and St. John the Baptist in Somonauk, IL where he taught Catholic religious education (RCIA) in both parishes.  He served as an officer of the Dad’s Club at Benet Academy during the time his children attended.  He also cherished his opportunities to visit Fatima, Portugal; Lourdes, France; and Assisi & Rome, Italy to visit and lector at the tour masses. Funeral Mass Saturday December 29, 2018 at 11:30 A.M. at St. Joan of Arc Church, Lisle. Visitation Saturday from 10:30-11:30 A.M. in the Church narthex. Interment private. Arrangements entrusted to West Suburban Funeral Home & Cremation Services, Westmont. Info 630-852-8000 or www.westsuburbanfh.com. In lieu of flowers, contributions can be made to EWTN, a global, Catholic Television, Catholic Radio, and Catholic News Network that provides catholic programming and news coverage from around the world.  http://www.ewtn.com/