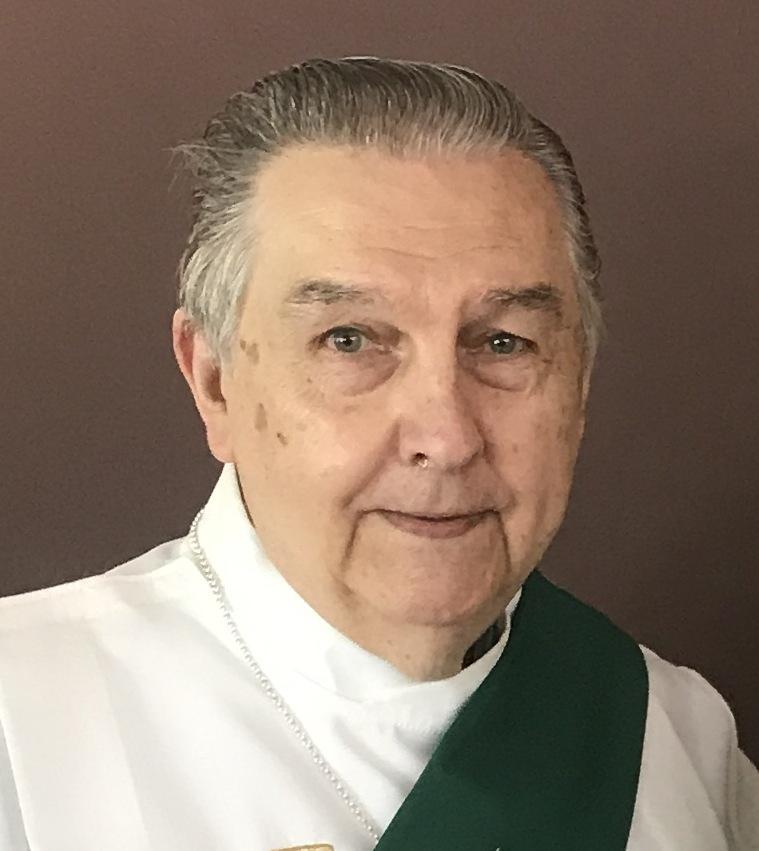 Deacon George J. Soloy peacefully passed away on July 10, 2019 surrounded by the love and faith of his family. George was born on January 5, 1942, in Chicago, IL to the late George and Helen (nee Petroshus) Soloy. He is survived by his loving wife of 56 years Jeanine nee Radous; and his devoted daughters Karen Soloy, Susan (Robert) Garon and Lisa (Robert) Rediger and his six adoring grandchildren, Kevin, Alex and Danielle Garon, and Amy, Danny and Jason Rediger to whom he was affectionately called “Bumpa”. He was a fond brother in law to Joseph (Charlene) Radous and Rita (Don) Stachniak and a half-brother to both Dennis and Larry (Glenda) Soloy. George shared his love with many nieces and nephews as well as cousins, friends, parishioners and acquaintances everywhere he went. George began his high school eduaction, studying theology at Quigley Preparatory High School in 1955. It was at this time that he met his lifelong best friend, Bill Ryan. They both left the seminary in 1959 and continued their careers by seeking employment at Commonwealth Edison. He graduated from Loyola University in 1969. George was a resident of Woodridge, IL for over 51 years. He was a prominent fixture in the city of Woodridge and served as the treasurer for the Woodridge Park District and the Woodridge Public Library, as well as the founding father of the Woodridge Lions Club. He retired from Com Ed after 37 years of service. In August 2009, George reignited his passion for the Lord and was ordained a Deacon. He had the honor and privilege of serving at both St. Joan of Arc Parish in Lisle and St. Scholastica Parish in Woodridge. Throughout his wonderful life, his faith and his family were always his number one priority, but behind all of that he remained a lifelong, die-hard fan of the Chicago Blackhawks. Visitation Sunday July 14, 2019 from 4-8 P.M. at St. Scholastica Church 7800 Janes Av., Woodridge. George will lie in state Monday from 9-10 A.M at the Church followed by a 10 A.M. Mass of Christian Burial. Interment Assumption Cemetery, Winfield. Arrangements entrusted to West Suburban Funeral Home & Cremation Services, Westmont,  Anthony P. Cappetta & Son, Directors. Info 630-852-8000 or www.westsuburbanfh.com