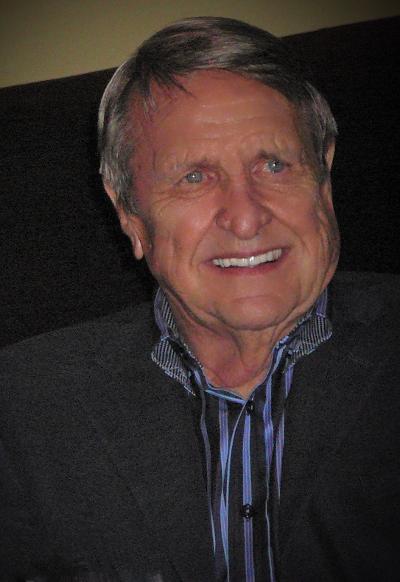 It is with great sadness that we say goodbye to our wonderful father Ralph James Ranson Sr., who passed away at home on April 21st, 2022. Ralph was born on July 7th, 1932 in Chicago, Illinois to William John Ranson and Viola May Foster. Growing up in Chicago, he met a beautiful Greek girl named Jane Marie Vangelis. He was baptized a Greek Orthodox Christian so he could marry her when he was just 17 years old in 1949. Ralph was drafted into the U.S. Army in 1952 during the Korean conflict. He served under the 101st Airborne Division in support of the first hydrogen bomb test on Eniwetok Atoll from 1952-1954. He and Jane raised their family in Chicago, Oak Forest and Oakbrook, Illinois, as well as Broomfield, Colorado. Ralph was truly a self-made man, who was not afforded the opportunity to attend college, but instead worked his way to success through sheer grit and determination. Beginning work at a very young age, he delivered milk and later owned a saloon aptly named Ralph’s in Chicago. However, it was in trucking where he began his career in the transportation industry. He owned CPC Trucking in Chicago in the late 1960’s-1970’s, shipping products to the East coast. The deregulation of the trucking industry in the mid 1970’s brought his business to an end. Desiring to start fresh in 1978, he moved his family to Colorado, where he purchased Colorado Plastic Products, Inc in Boulder, Colorado. Knowing little of the plastics industry at the time, he quickly learned the business and excelled. He grew the family business from three employees to fifteen in 28 years before retiring in 2005. Living in Broomfield and Westminster, Colorado, he loved playing tennis, dancing and traveling the world, especially on luxury cruises. Ralph and Jane had six children together and were married 57 years until Jane’s passing in 2007. He is preceded in death by his first-born baby son James in 1952, his wife Jane in 2007 and his beloved son Donald who passed away in January of 2022. He is survived by his second wife Bobbi, his son Mark James and daughter-in-law Barbara, his son Ralph Ranson Jr. and daughter-in-law Jennifer, his daughter Lynne Ranson-Meister and son-in-law Nick, his daughter Susan Ranson-Miller and son-in-law Michael, his two grandchildren Jessica Ranson and Jack Miller.  Visitation will be held Saturday April 30th, 11:00am at Cappetta’s West Suburban Funeral Home & Cremation Services 39 N Cass Ave Westmont, IL 60559 immediately followed by Funeral Services at 12 P.M.. Interment Chapel Hill Gardens West Cemetery 17W201 E Roosevelt Rd Oakbrook Terrace, IL 60181. Info 630-852-8000 or www.westsuburbanfh.com